Psychological resilience specifically refers to an individual’s capacity to successfully adapt and recover from difficult, threatening, or extreme life circumstances and stressors. It’s how you can cope with, process and move on from external threats.

What should be noted is that there is a clear and well-researched link between the two, with psychological resilience having primacy.

What that means is if the brain believes or doesn’t believe something, then the body follows. Much like a placebo effort.

For example, if the brain believes that you can and will not just get through a divorce, a job loss or an economic crash but THRIVE, then the body will respond to it and supply the energy to make it happen.

Of course, there are nuances and caveats to all of this. But the bottom line is, regardless of your physicality – start with building your psychological resilience.

How to build your psychological resilience

1. Your mental state of mind is key

The first step to developing your resilience starts in your head – literally. When adversity strikes, the brain sends out an alarm system to the body which responds by releasing cortisol and other stress hormones into the bloodstream. The intention here is to prime you for quick thinking and survival should you find yourself in danger.

The problem with this is that your body continues to release cortisol after the danger has passed, even if there’s no physical threat. The more you stress about a situation, the more cortisol is released through your body and brain and this drains you and your system.

On top of that, people tend to experience exaggerated responses from their brains when it comes to negative events. This is because the brain’s “filter” between what’s important and not important can be easily swayed by emotions, which researchers say may have made us hyper-vigilant in our natural environment (where danger was lurking behind every bush).

The lesson here is that when you’re faced with adversity your body will release cortisol into the bloodstream to prime you for survival, even if there’s no physical threat. But this comes at a price – you become more emotionally sensitive and your brain becomes hyper-vigilant.

Psychological resilience is not about denying or ignoring adversity, but rather bringing it into perspective so that the threats don’t seem as threatening or insurmountable as they may first appear.

You do that by recognising that you can’t control everything.

2. Focus on what you can control

“Control the controllables” as my sports psychologist used to say, because focusing on what you cannot control fuels worry and anxiety and it drains energy and means you’re spending less time focused on what is in your control.

Instead, put the uncontrollables aside and focus your attention on what you can control and influence and where you can have impact.

The next thing you need to do is learn to accept the things that you cannot change.

Accepting the things you cannot change is where you start building your psychological resilience because you begin to minimize or reduce the effects of cortisol and in doing so gain valuable perspective to any situation.

What to do next?

If you are ready to build your psychological resilience but aren’t sure where or how to start then get in touch.

Beyond the Barriers works with individuals and companies to build resilience and high performance in teams and individuals.

To find out how we can do it for you then get in touch.

1. How to build resilience

5. Developing resilience skills – as a team or individual 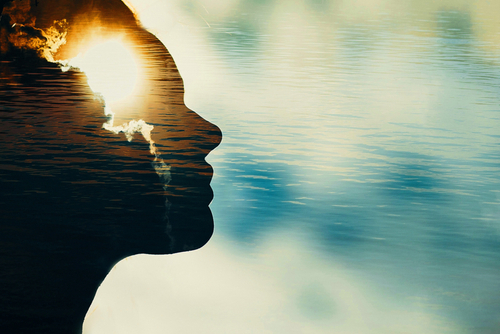